History of GDNA  by Kha Dang 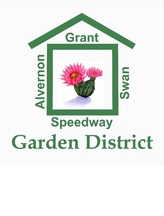 In 1994, midtown Tucson was considered a high risk neighborhood. But people there had a dream: they wanted a library. Not a little library--a big, $2.5 million library just down the street from Wright Elementary School. They began meeting in the Assembly of God church on North Street.  At the very first meeting, 70 people showed up. City Councilwoman Molly McKasson  explained how they could become a formal Neighborhood Association with board members and -- most important -- the ability to write grants.

Martha Cooper was the first president of the Mid Town Neighborhood Association, Kha Dang was vice president, Brad Holland was treasurer and Margaret Leonard was secretary.  The first grant they wrote was for a little park next to Wright Elementary School. They asked for $150,000 from the City of Tucson, and with Molly McKasson's help, the project went quickly. Children from mid town made the tiles that would go on the park benches. By 1996, the Martha Cooper Park was finished, and the community celebrated.

In 1995, the Neighborhood Association took on another daunting task. They vowed to plant 2000 trees in the neighborhood by the year 2000. The coordinator of the "Trees for Tucson" program provided the trees and every Saturday, volunteers gathered with board secretary Margaret Leonard and planted trees.

The association started working more closely with Wright Elementary School. On Halloween, the Neighborhood and the school began sponsoring a Halloween party where children could wear costumes and trick or treat safely.

Kha Dang organized so many clubs, one news reporter called him the King of Clubs.
The first one was a Bike Club. (5) A $5,000 grant from the city bought new tires and parts for bicycles and neighborhood children learned to repair bikes. When they were finished, they were given a refurbished bike free.

The Chess Club was a collaboration with Wright Elementary school.  Nearly 30 children met Wednesdays after school and learned the ins and outs of playing chess.

The Lego club met in the Ward 6 City Council offices on Sunday, and it was bolstered by a healthy $20,000 grant to purchase the legos (8). A recent immigrant from Russia, Misha Chernobelskiy took charge and coached the nearly 60 children who joined. They went to state-wide tournaments and won trophies year after year. In addition, Misha built the association's first web site.

The Computer Club met in the Pan Asian center, housed in the Assembly of God church on North Street. Computers were donated by Kha Dang from Liverpool Computers donated computers. Some computer classes were held at the Lighthouse YWCA. Refugees and children were invited to come and learn basic computer skills.

In 2004, the Tucson Botanical Gardens got a new director, Nancy Laney, who saw the potential for a closer relationship for the community. Within a short time, the neighborhood association changed its name to the Garden District Neighborhood Association. It wasn't an empty gesture. They began volunteering in the Botanical Gardens and even raised funds to support it.

In 2010, the city took on another project--putting in sidewalks on Columbus from Speedway to Grant so school children would not have to walk in the street to go to the library.

Brad Holland had a contribution of his own. He established Community Gardens on some property he owned. Anyone in the Garden District could plant a small garden on the plot of land. Gabrielle Giffords, Congresswoman from District 9 was delighted with the project.

In a little more than a decade, mid-town Tucson went from being identified primarily as a high risk neighborhood to becoming the Garden District, a neighborhood with an identity, a library, a strong connection between Wright Elementary School and the neighborhood, a park, programs for its children, and a soul!